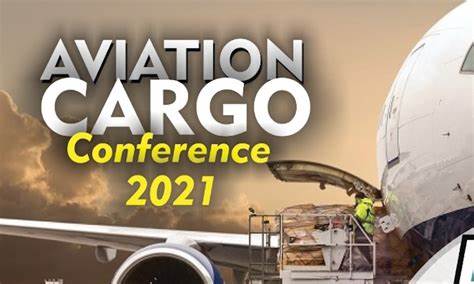 The Lagos Marriott Hotel has announced that it will play host to the first AviaCargo event in Nigeria. The upscale Marriot was opened to the public in May 2021. Located in the heart of Ikeja GRA near the airport, it is well positioned to host aviation events. This was the view of the Managing Director of Macfolly Hospitality Limited the owners of Lagos Marriott, Mr. Chike Ogeah when he led the organisers round the function suites of the hotel. He said the Lagos Marriott is allied to the aviation sector and looks forward to hosting more aviation conferences. “Aviation and Cargo are part of the heritage of the owners of this hotel and we are happy to be a part of this maiden edition” Ogeah said. To read more, click HERE

The Central Bank of Nigeria is set to refund capital deposits and licensing fees (where applicable) to all Bureau de Change promoters whose applications are pending with the apex bank. This is in a bid to effect its recent decision to stop sales of dollars to licenced BCD operators. In a circular issued by the CBN director, Financial Policy and Regulation department, Ibrahim Tukur, to all promoters of BDCs and deposit money banks, the CBN said: “further to the Monetary Policy Committee (MPC) briefing of July 27, 2021, the Central Bank of Nigeria (CBN) will commence the immediate refund of capital deposits and licensing fees {where applicable) to promoters who have pending Bureaux de Change (BDC) licence applications with the CBN.” To read more, click HERE

The body of Bank Chief Executive Officers (CEOs) has assured customers and the general public that Deposit Money Banks (DMBs) are prepared to supply dollars enough to meet demands that might come from the Bureau De Change (BDC) segment of the Foreign Exchange (Forex) market. The bank CEOs made this known at a virtual press briefing held, on Thursday afternoon. The Chairman of the Body of Banks CEOs, Herbert Wigwe assured end-users of foreign exchange that there is no cause for alarm as banks spread across the country has already started setting up dedicated service desks to meet customers needs. To read more, click HERE

2023: Kalu urges INEC to conduct all polls in one day

Senate Chief Whip Orji Uzor Kalu has urged the Independent National Electoral Commission (INEC) to consider holding the 2023 general elections on the same day. He said this would reduce cost and rigging. Kalu said the presidential election, National Assembly, governorship and House of Assembly elections are better held simultaneously on the same day rather than holding them on different days. A statement he personally signed in Abuja reads: “INEC should conduct the 2023 elections same day as staggered elections are unnecessarily expensive. The conduct of the elections in different days gives room for rigging, thuggery and several vices. To read more, click  HERE

2023: Nigerians can’t wait to have PDP back in power, says Atiku

Former Vice President Atiku Abubakar yesterday said Nigerians are eager to have the Peoples Democratic Party (PDP) back in power in 2023. He said they were tired of the failed administration of President Muhammadu and the All Progressives Congress (APC). According to him, the APC has failed Nigerians in almost every index. Atiku said Nigerians cannot wait to bid the APC farewell at the next general elections. The former Vice President, however, did not state the basis of his assumption or conclusion that a majority of Nigerians want the PDP, a party that was rejected at the polls in 2015 and 2019, back. To read more, click HERE

Second Niger Bridge to be completed by 2022 – NSIA

The Nigeria Sovereign Investment Authority (NSIA) says it is confident the Second Niger Bridge would be completed by 2022.  This was disclosed by Uche Orji, NSIA’s Managing Director, at the weekly State House media briefing organised by the Presidential Communications Team on Thursday at the Presidential Villa, Abuja, according to the News Agency of Nigeria. To read more, click HERE

Thursday, 29th July 2021: The exchange rate between the naira and the US dollar closed lower at N411.67/$1 at the official Investors and Exporters window. Naira depreciated against the US dollar to close at N411.67/$1 on Thursday, representing a 0.02% fall compared to N411.6/$1 recorded on the previous day.  On the other hand, naira appreciated the parallel market to close at N520/$1, having recorded a significant fall to N525/$1 on the previous day. The rate had dropped following the announcement of the ban placed on the sale of forex to BDC operators in Nigeria by the CBN Governor, Godwin Emefiele. To read more, click HERE

In fulfilment of its commitment to put Nigeria on the frontline as a technology-driven economy, the Executive Vice Chairman of Nigerian Communications Commission (NCC), Prof Umar Danbatta, says all is now set for rollout of 5G services across the country. He said the Commission had crossed all the Ts and dot the Is and waiting for green light from the Federal government to roll out the services soon. To read more, click HERE

The Minister of Transportation, Rotimi Amaechi, was in Lagos recently to examine the level of work at the Lekki Deep Seaport. OLUWALEMI DAUDA, who was on the minister’s entourage, reports. For long, Nigerians have complained about the congestion at the Apapa, Lagos ports, and the bad access roads to them. It is against this background that the Federal Government floated the idea of an alternative seaport in the former nation’s capital. It is aimed at giving succour to operators and stakeholders in the sector. The Minister of Transportation, Rotimi Amaechi, noted this advantage during an inspection of the port planned for completion next year. To read more, click  HERE

Trading at the nation’s bourse extended a losing streak on Thursday, with key market indicators nosediving by 0.79 per cent following profit taking in UACN and Union Bank of Nigeria. Specifically, the All-Share Index lost 306.21 points or 0.79 per cent to close at 38,484.82 from 38,791.03 recorded on Wednesday. To read more, click  HERE