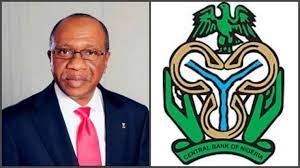 One of the myriad of challenges bedeviling the Nigerian Electricity Supply Industry (NESI) is metering. On its own, the Nigeria Electricity Regulatory Commission (NERC) in March 2021 directed the 11 Electricity Distribution Companies (DisCos) to replace obsolete and faulty meters. According to Order No. NERC/246/2021, of March 4, seven million customers in the electricity market were un-metered. The commission that alluded to an enumeration that was carried out added that three million meters among the installed ones were faulty. HERE

The Central Bank of Nigeria (CBN) Thursday sacked the board of First Bank and its subsidiary, First Bank Holdings over the removal of the Managing Director/Chief Executive of the bank, Dr. Adesola Adeduntan.According to the apex bank, the boards’ action has negative implications for the country’s financial market. To read more, click HERE

The national leadership of the Nigeria Union of Local Government Employees (NULGE) has called on leaders of the Peoples Democratic Party (PDP) to advise its member representing Ahoada East federal constituency in the House of Representatives, Hon. Bob Solomon, to withdraw a bill he sponsored, seeking to delist local government system from Nigeria’s 1999 constitution.To read more, click HERE

Chinedu Eze traces the root cause of the protracted passport scarcity in the country/ The protests and petitions have been deafening over the failure of the Nigerian Immigration Service (NIS) to promptly issue passports to Nigerians who have applied and paid for them.At the Federal Capital Territory and in Lagos, there are many applicants who have waited for months for the passport, which they had applied and paid for and had also, been captured in the data base, but they could not obtain their passports because there are no booklets.To read more, click HERE

The Nigerian Shippers’ Council (NSC) and the Nigerian Maritime Administration and Safety Agency (NIMASA) have agreed to implement joint measures to minimise delay and corrupt practices at the nation’s ports.Both agencies reached the conclusion when the Executive Secretary of NSC, Hassan Bello a working visit to the NIMASA headquarters in Lagos. To read more, click HERE

Independent National Electoral Commission (INEC) Chairman, Mahmoud Yakubu, has explained why the electoral umpire settled for February 18, 2023 as tentative date for the presidential election.He spoke when he appeared before the Senate Committee on INEC.“Based on the principle established by the commission, the 2023 general election will hold on Saturday, February 18, 2023 which is exactly one year, nine months, two weeks and six days or 660 days from today.”To read more, click HERE

The House of Representatives on Thursday took steps to control the import and export of Nigerian agricultural commodities.This is as the House mandated its committees on Ports and Harbour, Aviation and Agricultural Production and Services to investigate the matter, with a view to recommending to the government the need to have the Nigerian Agricultural Quarantine Service back to the nation’s entry and exit points. To read mor, click HERE

Airtel Africa Plc, a leading provider of telecommunications and mobile money services, with a presence in 14 countries across Africa, has announced Olusegun Ogunsanya, Managing Director and CEO Nigeria is to succeed Raghunath “Raghu” Mandava, as Managing Director and Chief Executive Officer, Airtel Africa, following Raghu Mandava’s informing the Board of his intention to retire. Ogunsanya will join the Board of Airtel Africa plc with effect from October 1, 2021. To read more, click HERE