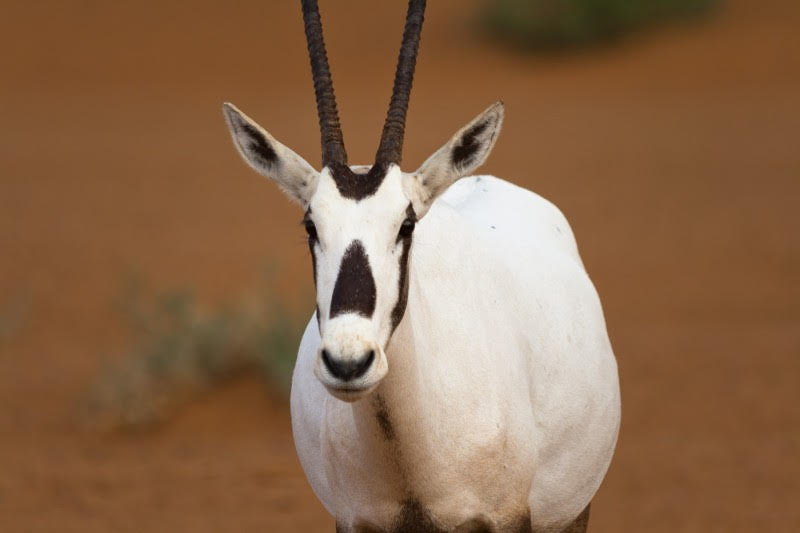 On the occasion of World Wildlife Day, the Emirates Group has reaffirmed its long-standing commitment to protecting wildlife and habitats. Emirates SkyCargo has also stepped up as a global leader in the fight against illegal wildlife trafficking and exploitation

In addition, Emirates has shone the spotlight on conservation efforts across the organization at an online Environment Forum for its global employees.
During the forum, experts from the Dubai Desert Conservation Reserve, Emirates One & Only Wolgan Valley in Australia, and Emirates SkyCargo spoke about the work being done to protect endangered species and habitats in Dubai, restoration efforts following aftermath of the Australian bushfires, and how the airline was doing its part to foil wildlife trafficking across its network.

In addition to reducing emissions and consuming responsibly, the preservation of wildlife and habitats is one of the three pillars under The Emirates Group’s environmental sustainability strategy. The Group believes that future generations should enjoy seeing wildlife in the wild, and that the world’s beauty and biodiversity is an inspiration for travel.

Since 2003, The Emirates Group has funded and supported the 225 square kilometre Dubai Desert Conservation Reserve (DDCR), a protected inland desert habitat that houses over 560 different species and where 31,000 native trees have been planted. DDCR plays an important role in preserving Dubai’s unique desert environment including its indigenous flora and fauna. Amongst its achievements, is DDCR’s successful reintroduction programme that started in 1999. Since then, the programme has grown the ungulate population- including the Arabian oryx, Arabian gazelle and sand gazelle, to over 1,300. In fact, the reintroduction programmes have proved so successful that they have triggered the process of relocating some species to other protected areas within the region.

Additionally, over 2,800 houbara, or MacQueen’s bustard have been reintroduced into the DDCR, while other important bird species such as the pharaoh eagle-owl and the lappet-faced vulture are resident in the reserve, and some birds are monitored via satellite tags. The DDCR is a regional leader in ecological research, actively collaborating with local and international educational and research institutions with over 30 biodiversity projects completed so far. DDCR also promotes sustainable tourism, and provides authentic desert experiences while educating visitors on the delicate nature and the living heritage of Dubai. Prior to the pandemic, the reserve responsibly hosted close to 290,000 tourists a year, making it the most visited protected area in the region.

In Australia, Emirates has been supporting the protection of Australia’s wilderness and bush for over 12 years through the conservation-based Emirates One&Only Wolgan Valley located in the World Heritage-listed Greater Blue Mountains region.

Over the past decade, a seedbank of over one million seeds representing 25 native species has been built up with the assistance of field guides, hotel employees and guests at the property. These seedlings are now playing a vital role in repopulating areas of damage, helping to recreate natural habitat complexity for insects, reptiles and small marsupials who have been impacted by the bushfires. Additionally, the mapping of significant, hollow-bearing trees on the property, some dating over 150 years old, is being done to collect information and provide a snapshot of the impact of the bushfires on different species who sought refuge there. Other projects include habitat restoration with guests, which involves moving and shifting debris to improve habitat complexity. This helps to create shelters and wildlife corridors, which is vital to helping animal and insect populations thrive after the bushfires.

Emirates SkyCargo has also stepped up as a global leader in the fight against illegal wildlife trafficking and exploitation. In 2016, Emirates signed the Buckingham Palace Declaration, and joined the United for Wildlife Transport Taskforce in the fight against the illegal wildlife trade. It is also a partner of ROUTES (Reducing Opportunities for Unlawful Transport of Endangered Species). Emirates SkyCargo has adopted a zero tolerance policy on illegal wildlife trade which includes big cats, elephants, rhinos and pangolins, among other types of contraband animal cargo, and has implemented a complete ban on hunting trophies for the Big-4, even in cases where the shipment may be considered legal under CITES* rules.

Emirates SkyCargo has also invested in awareness campaigns, as well as education and training on issues associated with illegal wildlife trade for its teams. Cargo teams are trained to look out for warning signs of smuggled wildlife products during cargo transportation and screening. This includes document verification, container or cage examination, and confirming the authenticity of CITES* permits. Employees across the business are encouraged to report suspicious activity through designated internal channels for investigation, and the intelligence gathered is shared with relevant authorities as well as used to benefit the worldwide data collection for further wildlife trafficking prevention purposes.Working with Dubai Customs, Dubai Police and other authorities globally, Emirates SkyCargo has helped to intercept several illegal wildlife shipments since 2017.