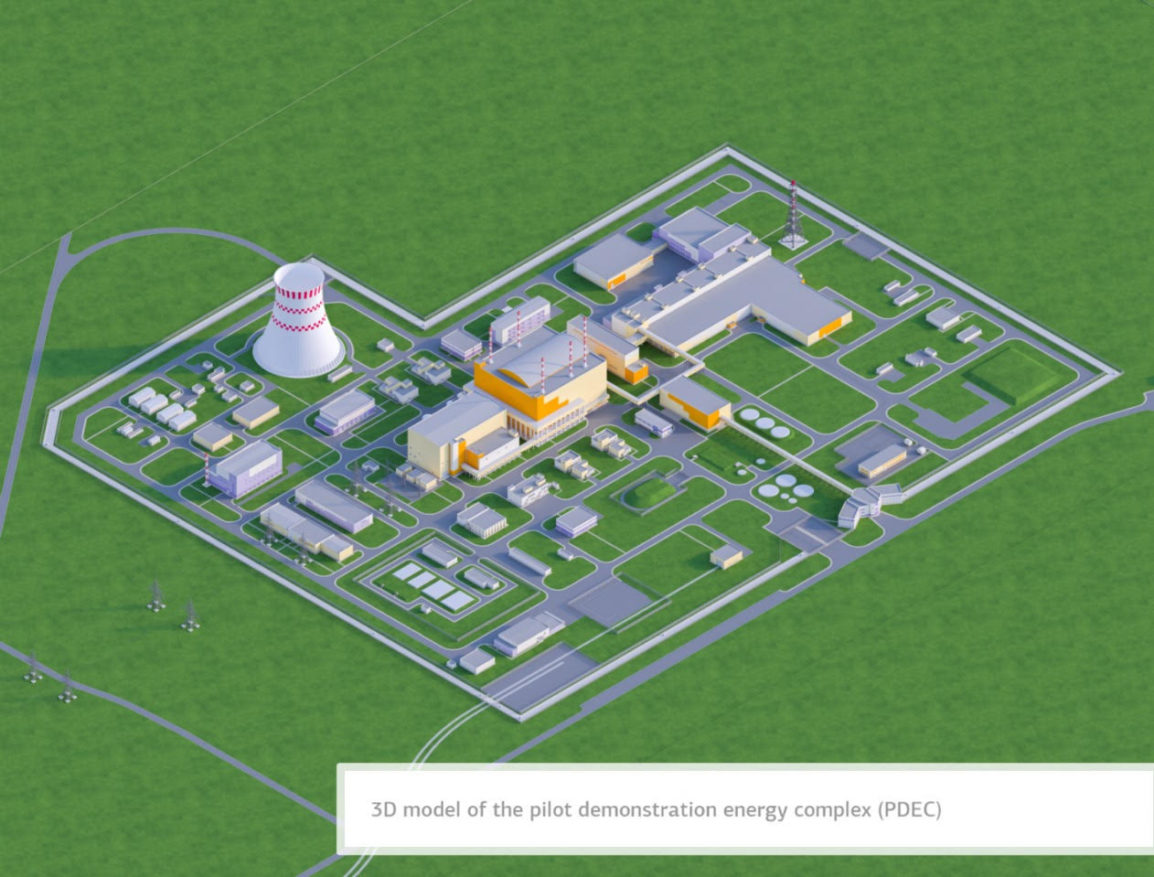 CKBM and Siberian Chemical Combine (SCC), the Fuel Division of Rosatom the world’s largest producer of enriched uranium, have just signed a major nuclear power contract. The international deal is for the manufacturing and supply of main technological equipment of the reactor installation of BREST-OD-300 power unit on site the SCC in Seversk, Tomsk Region, West Siberia.

SCC and CKBM (an enterprise of the machine-building unit of Rosatom) will handle the manufacturing of equipment for the refuelling complex, while production, supply and installation supervision of steam generators for the reactor facility will be provided by ZiO-Podolsk Machine-Building Plant.
Most of the technical solutions for the BREST-OD-300 reactor installation itself and its main equipment are innovative and have never been applied at any nuclear facility anywhere in the world. . The equipment of the reactor must ensure operations during the entire service life remain at high temperatures as well as high fluxes of ionizing radiation in the flows of heavy liquid-metal coolant. The structural materials must also have high corrosion and radiation resistance.

Unlike NPPs with light-water VVER reactors, where refueling is performed at “cooled” reactor, the BREST-OD-300 project provides that these operations will be carried out at the temperature of the liquid-lead coolant of the primary circuit over 400° C. Before loading into the core, the fuel assemblies will be heated up in a special chamber and then placed into the core filled with a melt of lead coolant.

To further ensure fail-safe operation under extreme conditions, Rosatom has carried out extensive R&D, design and engineering, selection of unique materials, modelling of the processes and drawing the final technical projects. The production will take 3-4 years, while final installation of the main equipment should be completed in 2025.

“The special thing about all facilities of the Experimental Demonstration Energy Complex in Seversk is that all the key equipment, including the BREST reactor facility and the units for nuclear fuel fabrication and reprocessing, are absolutely unique at the global scale”, said Natalia Nikipelova, President of TVEL Fuel Company.

The power unit with an installed electric capacity of 300 MW with an innovative fast neutron reactor is the key facility of the experimental demonstration energy complex (EDEC), which is under construction at the site of Siberian Chemical Combine as part of the strategic “Proryv”, or the “Breakthrough” project. In addition to the power unit, the EDEC will include the on-site closed nuclear fuel cycle, embracing the unit for fuel fabrication (re-fabrication) of mixed nitride uranium-plutonium nuclear fuel, as well as the unit for irradiated fuel reprocessing. The “Breakthrough” project is aimed at development of the new technological platform of the nuclear power industry capable of solving the current issues of handling and storage of spent nuclear fuel and waste.

TVEL Fuel Company of Rosatom (Fuel Division of Rosatom State Corporation) includes facilities for nuclear fuel fabrication, uranium conversion and enrichment, gas centrifuges manufacturing, as well as research and development enterprises. Being the sole supplier of the Russian nuclear power plants, TVEL provides fuel for 75 power reactors in 15 countries in total, research reactors in nine countries, as well as reactors of the Russian nuclear vessels fleet. Every sixth commercial reactor in the world runs on TVEL fuel. The Fuel Division of Rosatom is the world’s largest producer of enriched uranium.