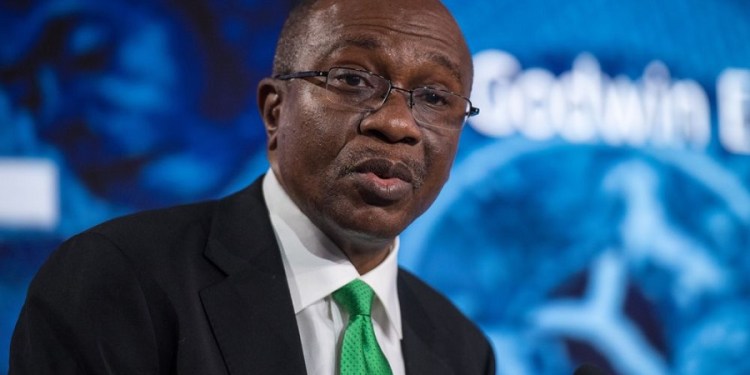 The Central Bank of Nigeria (CBN) has removed the exchange rate of N379/$1 from its website homepage conforming with the bank’s policy that the NAFEX rate is now the default reference exchange rate for official and legitimate transactions. A check by Nairametrics confirms it has been removed while sources within the CBN also confirmed it has been officially removed. To read more, click HERE

Some commercial banks in the country have started sending new foreign exchange transfer limits to their customers with domiciliary accounts. Emails sent to some customers reveal banks are informing customers that they can only deposit $5,000 in cash into their accounts monthly. They also advised the customers to transfer electronically instead of cash deposits. To read more, click HERE

The negative reactions that trailed the outcome of Governor Godwin Obaseki’s meeting with some leaders of the Peoples Democratic Party last Saturday, Wenesday forced another meeting of the State Working Committee (SWC) of the party with Obaseki in Government House in Benin City. To read more, click HERE

FMDQ Securities Exchange Limited has announced the approval, by the Board Listings and Markets Committee, of the listing of the FSDH Funding SPV Plc N7.05 billion Tranche A and N4.95 billion Tranche B Series 1 Fixed Rate Bonds under its N30.00 billion Debt Issuance Programme on its platform. To read more, click HERE

Senator Ahmad Lawan and Mr Femi Gbajabiamila …Restructure first at state level, elected officials shouldn’t lead agitation — LAWAN …Agitations may be genuine but govs shouldn’t join calls for restructuring — GBAJA …Adds: “we’re all to blame” By JohnboscoAgbakwuru PRESIDENT of the Senate, Dr. Ahmad Lawan, and Speaker of the House of Representatives, Femi Gbajabiamila, yesterday faulted the Southern Governors Forum for calling for restructuring of the country, saying it is wrong for elected officials to lead such agitation.  To read more, click HERE

Cashew (Anacardiumoccidentale) is an important industrial and export crop which potential is yet to be fully exploited in Nigeria. Cashew has for many years been used for food and income generation. The trees are usually grown for their kernels which when roasted have a very pleasant taste. Cashew is the common name for a tropical and sub-tropical evergreen tree, Anacardiumoccidentale L, in the flowering plant family Anacardiaceae. To read more, click HERE

A World Bank report on migration and development has revealed that Nigeria received over 40 per cent of sub-Saharan Africa’s share of remittances totaling $540 billion. The remittance flows were to low- and middle-income countries in 2020. To read more, click HERE

Private equity funds in Nigeria posted a net income growth of over 900% in 2020, from a loss of N110.31 million recorded in 2019 to N883.34 million in 2020. This is according to the performance of various registered private equity and infrastructure funds for Q4 2020, released by the Securities and Exchange Commission. To read more, click HERE

Nigerian Exchange Group (NGX Group) Plc is set to launch a campaign to project its new positioning and commitment to the African financial markets as a leading capital market infrastructure provider, connecting Nigeria, Africa and the world. To read more, click HERE \